The Elder Scrolls V: Skyrim has been around for almost 6 years at this point, which in terms of videogames, is relatively old. Despite this there are still tons of mods for the game being constantly made and released on the Nexus and Steam Workshop. There are over 53,000 mods for Skyrim on the Nexus, and there are probably even more from other sources and different mods you can find for the Special Edition of the game (although less overall). So if you’re new to mods, or haven’t modded Skyrim for a few years, how are you supposed to find the good ones with so many out there? Well I’ll do my best here to give you a rundown of some of the best new mods as of 2017.

Instead of going through every small mod that adds a new object to the game or a tiny tweak to the gameplay systems, here I’m going to focus on the mods that I think add a lot to the game. There are a fair few of these now, which is probably thanks to the fact that modders have gotten so familiar and proficient at modding the game we are seeing far more substantial mods than before, when they were much rarer in the past.

There have been a lot of ‘overhauls’ for Skyrim over the years. These are mods that significantly change and rework the gameplay systems. Most of these involve changing the perk trees or spell lists in some way. Some of the older ones to check out include Skyrim Redone, and Perkus Maximus which mainly change the perk trees and add more interesting and specific perks. Duel – Combat Realism makes combat a lot tougher with more varied and clever enemy behaviour. and Midas Magic Evolved which adds a lot of new spells.

As for newer mods, there have been some fairly interesting ones. First there is Path of Sorcery – Magic Perk Overhaul which as you can imagine, makes changes to the magic perks of the game. Instead of with something like Midas Magic and other spell mods, this one doesn’t just dump a ton of spells into the game, but works on the core principles of the vanilla magic system, but expands on it greatly, allowing you to specialize more, or simply become more powerful and varied in your magical abilities. Another newer interesting overhaul is Sacrosanct – Vampires of Skyrim. This mod greatly adds to the gameplay experience of being both a normal vampire, and using the vampire lord transformation added with the Dawnguard DLC. The mod adds a lot of new perks, abilities and powers that make playing as a normal vampire more substantial when compared to the base game, including giving you new vampiric abilities based on which race you are playing. The mod also greatly adds to the gameplay of the vampire lord transformation, making you very powerful.

Instead of looking at graphical mods, of which there are many, I am going to share some of my favourite mods that affect the world around you in different ways other than just upping texture quality or altering lighting and colours. Some of the more common you will see in older mods are ones that affect the weather such as in Climates of Tamriel or Vivid Weathers, as well as plenty of others that make storms, snow and fog heavier, there are also plenty that add to the grass, trees, and other flora of the game to make everything more lush and better looking. However, instead of focusing on these I’m going to look at a couple of newer mods that add something more substantial to the world. First there is Holds the City Overhaul which expands the main cities in the game. This has been done before, but never on the scale of this one. In many cases this mod gives some of the seemingly forgotten settlements their own unique style and expands upon what is there. Also, the mod adds a couple of new settlements to the game which are lore friendly as they are based on previous maps of Skyrim from older games in the series. This mod really brings the populated areas of the game to life by making them larger, busier with people, and more immersive. The next one is a mod that only affects the Dragonborn DLC called Solstheim Genesis. This one basically takes the dark and desolate wasteland of Solstheim and turns it into a reborn and thriving natural landscape once again. This doesn’t make a huge amount of sense, as the island is supposed to be ash covered from the volcano eruption in Morrowind, but after fully exploring the island and completing the main Dragonborn quest, it really changes the mood to something more positive to have Solstheim looking renewed and reminding you of how it looked in the Morrowind expansion. 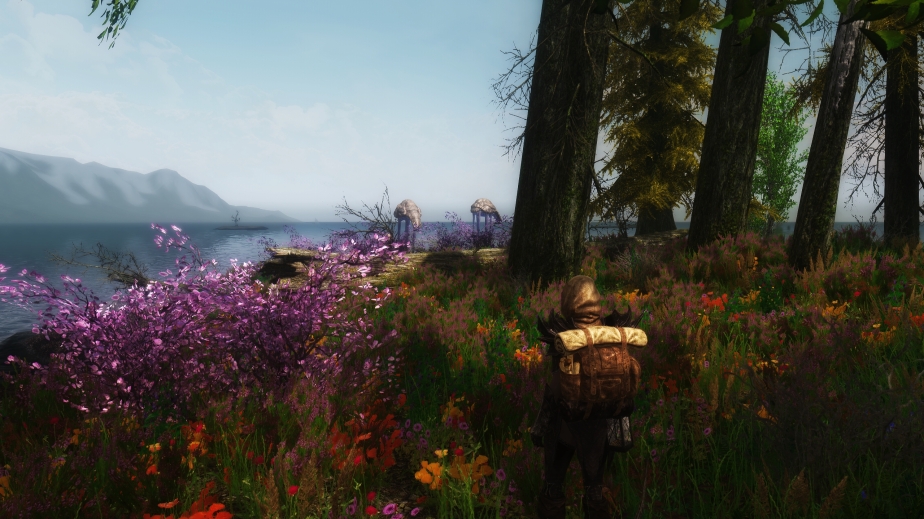 Finally I want to draw your attention to some of the bigger mods that have been developed more recently. Instead of listing a few of the usual quest mods that, although good, have been constantly released for years and usually involve some small new areas, I thought I’d go straight for the big ones that are expansion sized, or bigger! For a long time, the best example of an expansion level mod was Falskaar which added a new land mass with fully functioning settlements, quests with voiced NPCs, and items. There are now however two fairly new mods that are bigger in a couple of ways.

The first is Beyond Skyrim: Bruma. This mod is the first release in the Beyond Skyrim project, which aims to eventually recreate at least the whole of Cyrodiil from TESIV:Oblivion, but with a lot of original content to bring it up to the current year in Skyrim’s setting. This mod adds the the northern province of Bruma to the game which you can access by crossing the border at the south of Skyrim. The province is larger than Solstheim in size, and the city of Bruma is highly detailed and a faithful adaptation of the original. The mod boasts a huge amount of original art in terms of environment, as well as new items and weapon and armour sets. On top of this there are 24,000 lines of very high quality voice acting and over 3 hours of original sound track.

The next huge mod is one named Enderal. This mod is more of an entirely new game that simple uses Skyrim as an engine to build upon. The setting is an entirely new land over half the size of Skyrim with its own lore and story. On top of entirely new assets, items, creatures, and characters, this mod goes the distance with more voiced dialogue and soundtrack than Bruma, all to professional level. Furthermore there is a completely new leveling and class system, new animations and abilities, and re-balanced gameplay and combat. This mod is so large that it has its own launcher for its updates, as well as its own section on the Skyrim Nexus for mods that are compatible with it, as it is so different from the base game. The developers are even working on an expansion for Enderal which adds more quests and content.

Support us on Ko-fi